Aloe Vera has been used for hundreds if not thousands of years by as disparate cultures as Egypt, Mexico, Japan, India and China. Even the name appears to cross cultures where Aloe is derived from Arabic meaning “shining bitter substance” and Vera is derived from Latin meaning “true”.

While today Aloe Vera is known for primarily in the soothing and assisted healing of sunburns; Aloe Vera has had various applications throughout history.

Aloe Vera’s success in treatment of multiple conditions is due to it’s wide ranging properties derived from over 75 compounds.

Here are our Top 8 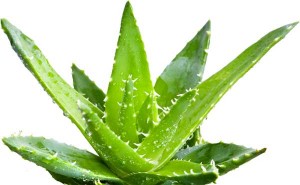 1. Healing – Aloe Vera has been shown to significantly increase collagen growth as well as strengthen and increase cross linking of collagen strands. Collagen is essential in would closure. Both oral and topical treatment are shown to be effective.

4. Laxative – Anthraquinones in Aloe Vera pull water into the intestinal track as well as stimulating mucus secretion and peristalsis.

6. Immune system – Alprogen inhibits the uptake of calcium into mast cells. This in turn inhibits the release of histamine and leukotriene from mast cells. Mast cells are found in large numbers within connective tissue. They release histamine during inflammatory and allergic reactions.

8. UV and Gamma Radiation – When Aloe Vera gel is applied to the skin an antioxidant protein, metallothionein, is produced in the skin. Metallothionein attacks hydroxyl radicals among other actions resulting in a protective effect against radiation damage to the skin.

There you have it. I can’t imagine not having some Aloe Vera around!